I got rid of my old CNC and assembled a new one from a kit. 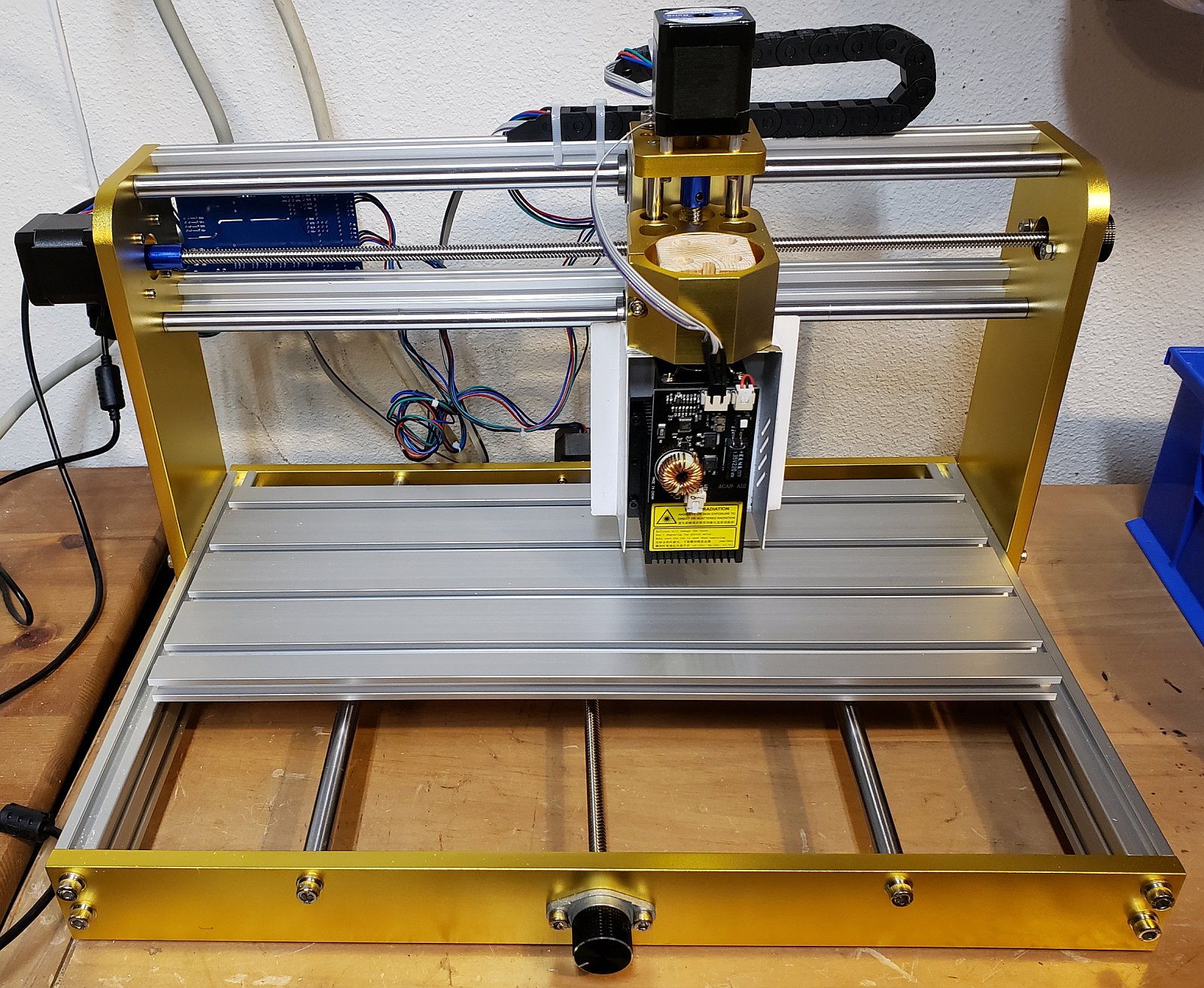 I am still waiting for a spindle, so in a meantime I play with 15W LED laser.

My old CNC was mechanical marvel, but it also had many problems. First, I built it cheap. For example, I used 16 mm bearings over 5/8 rods. The rods were not polished or hardened. They got grooved with time. (well, I could of replace both rods and linear bearing). Motors were overheating. (well, I could of set less current). Z axis was crazy over-engineered and not very serviceable. (but I could of remove it and replace with off-the-shelf one). The whole thing was not very accessible (but I could of cut off the roof and front corner walls). But it was also very bulky, take a lot of space in the garage and I was planning to get rid of it for a long time. But it was hard, because I had a lot of emotional attachment to it. But I managed to take it apart and cut plywood into pieces and dispose it.

But not after I bought 4018 kit on Aliexpress.

The kit is very aesthetically pleasant. It also high quality. It looks looks scale-down from my old machine (12mm rods instead of 16mm, nema17 motors instead of nema23, etc.), but it is pretty solid.

It has 52mm spindle mount. I managed to make a laser holder out of IKEA bed leg and ceiling light box that fits the mount. It is very rigid.

I bought remote control for the GRBL board, but it is useless – you really need a laptop when you are tinkering around.

I used to use LinuxCNC. With GRBL board it is no longer an option. But there are a nice alternative free toolchains. First, there is LaserGRBL for engraving. For laser cutting, there is OpenSCAD for design, FreeCAD Path for SCAD to G-Code conversion, and UGS Platform for CNC control.

I wear high-end laser safety glasses, but that’s not enough. I am not looking toward CNC when laser is ON. Instead, I use this camera:

I connected it to Alexa Echo and my cell phone.

My next project is improving ventilation in the garage. My old system with 12v computer fan in 4″ pipe is not enough.