Lyosha Kojenov was excited about high-speed photography. He has all the photo-setup, but has no equipment to trigger a flash at the right moment. I do not have all the photo set-up, but I have Arduino. We decided to combine efforts.

The idea is simple – something happen that makes noise – microphone catches it, amplifier amplifies it, rectifier rectifies it, Arduino measures it with ADC, add some delay and trigger a flash.

Studio shall be dark, camera shutter shall be open. That’s pretty much it.

First, I made audio amplifier on a breadboard. 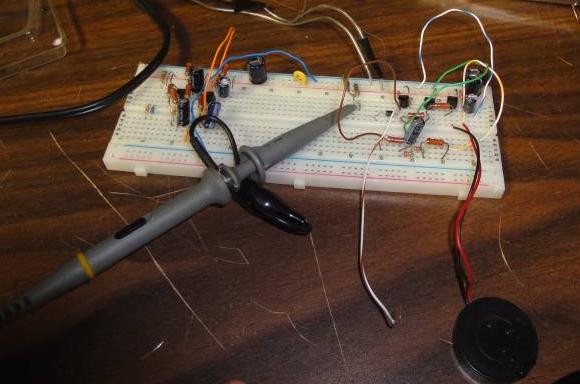 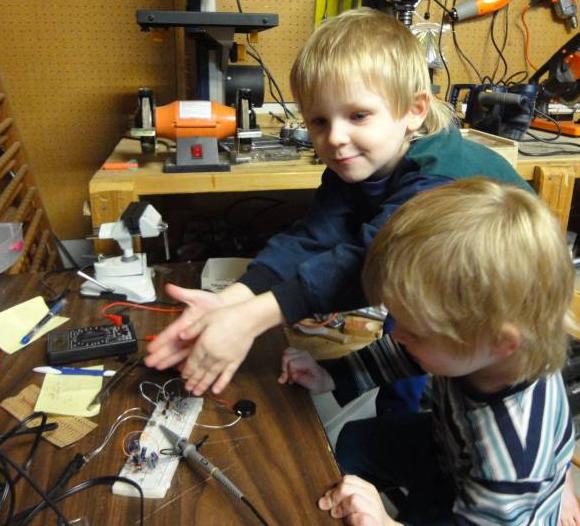 and it worked fine 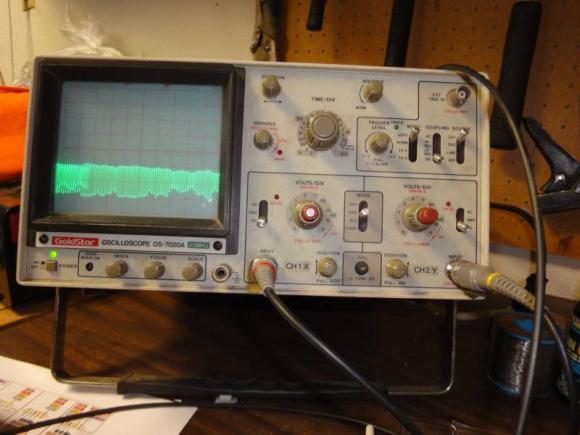 Then I purchased an Arduino Proto Shield and moved the schematics there. There were two problems with it. First, protoshield had ugly design – isolated pads with ground in-between them, meaning, I was not able just to connect pins on the surface – I needed to connect them in the air – have you ever seen a board as ugly as this one?

Apparently, whoever designed it, i’m pretty sure, never seen a soldering iron and has no idea what those holes on the board will be used for.

Lesson learned: use AdaFruit protoshield – it was designed by LadyAda who understands electronics. Well, that’s not just about protoshield – LadyAda motor shield is superior too.

Anyways, another problem was – amplifier now was too close to Arduino board, and, instead of amplifying microphone signal, it amplified Arduino electromagnetic fields.

I decided to assemble an amplifier on a separate board. I de-soldered amplifier from an old motherboard and made a very simple board for it. I found datasheet for it on the internet. Unfortunately… well, it just burned: 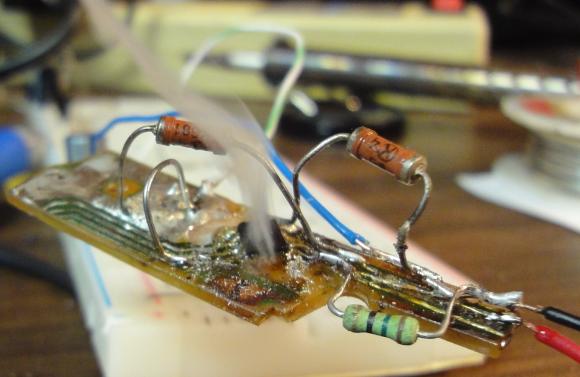 I went to Frys Electronics to buy a new operational amplifier. Instead, I purchased there this kit for 5 bucks: 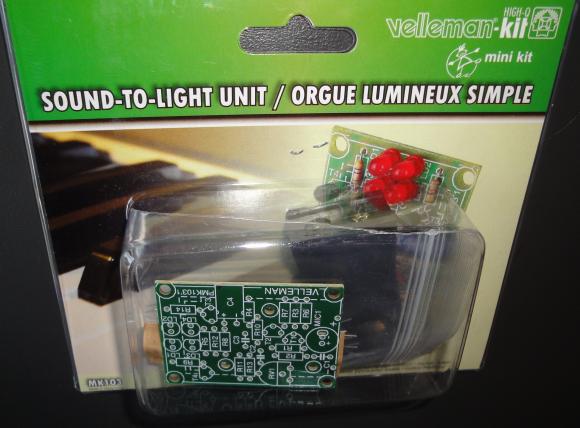 I’m not sure whether it was a good idea, because it took me a while to assemble, but at the end it worked good (though, I had to replace few components to make it work from power supply) 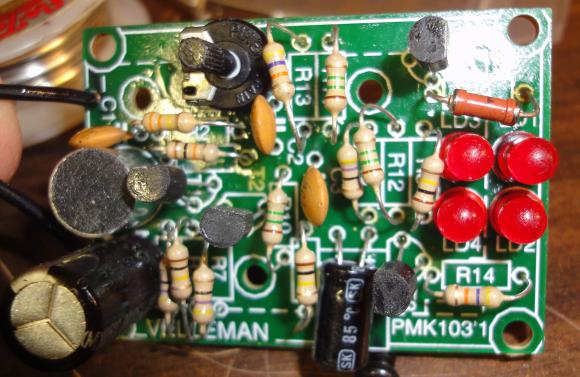 I made electronics work a week ago, but Lyosha got sick.

Finally, today we were able to get together and shoot some pictures.

Here is our photo set-up with two flash lights 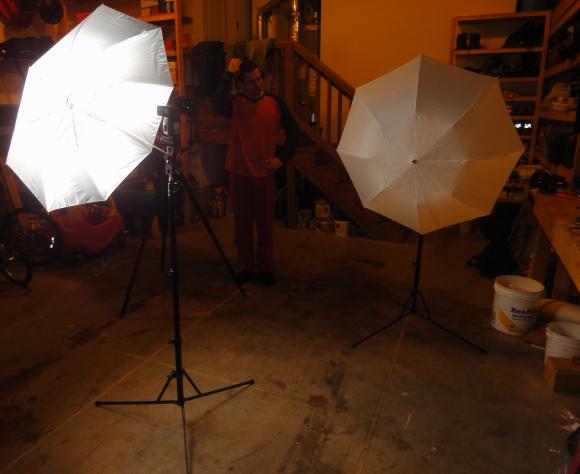 Here are the pictures: 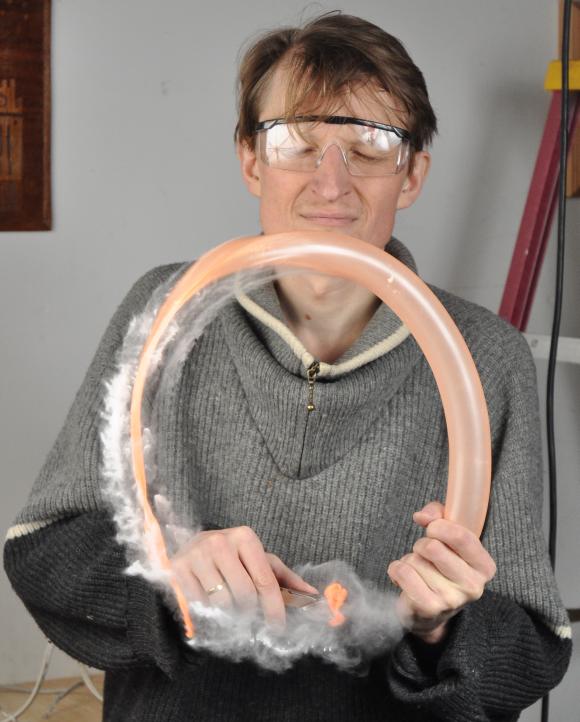 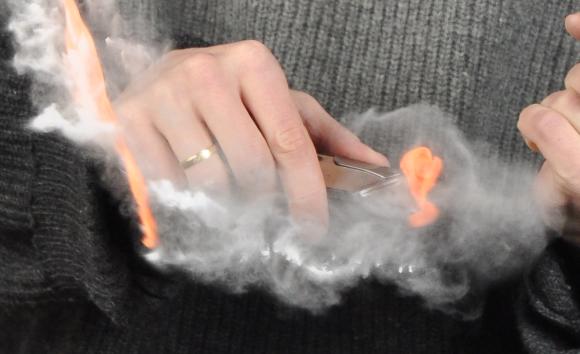 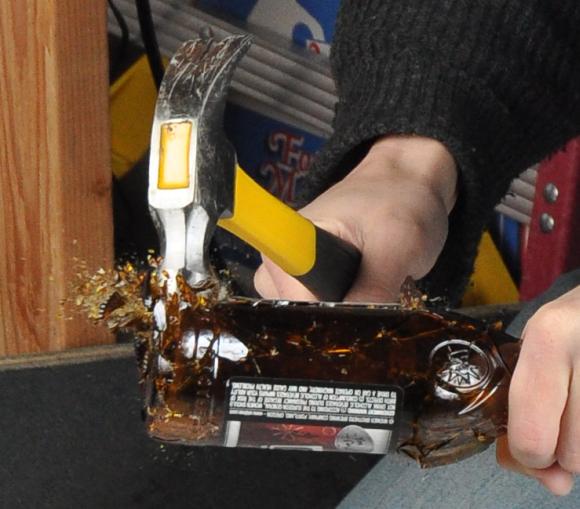 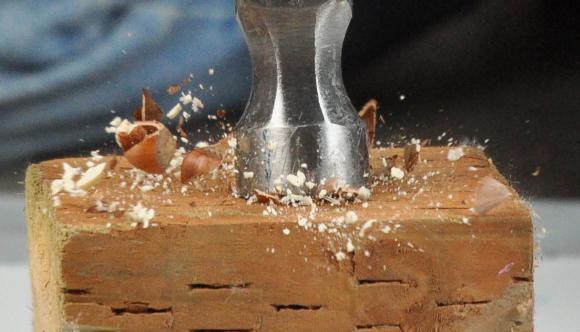