Yes I have built another CNC. This time, 1m x 1m 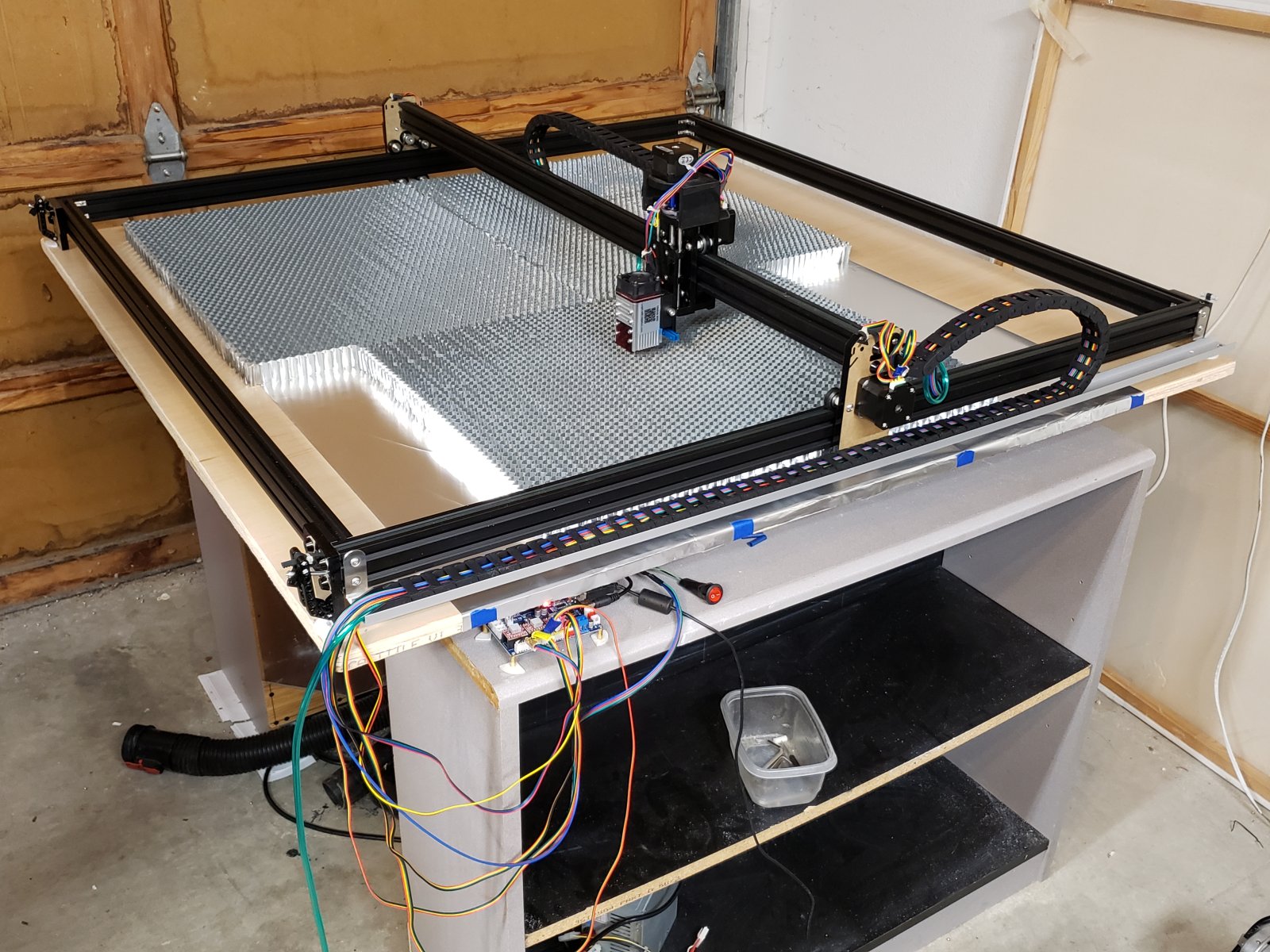 Building CNC machines is fun! It is like Lego but you can (potentially) use end-result (if you come up with some project idea).

It came from Aliexpress with no instructions.
Everything was pretty easy to figure out except for Y-axis belt tensioning.
No problems, I built some: 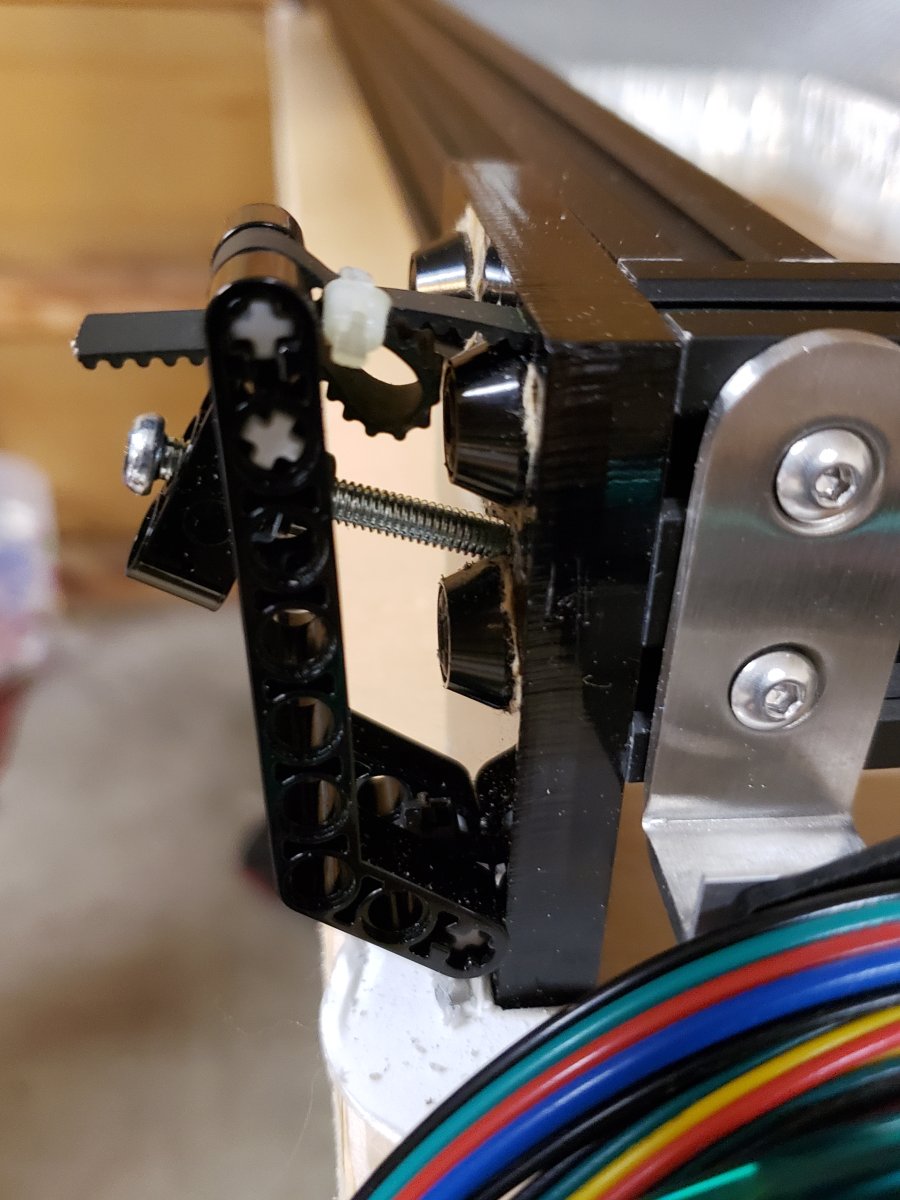 It also came with manual Z lead screw. I designed and 3-D printed a mount and bolted a Nema-17 stepper from Shpanalet (see my last year project). It works pretty well! It let me do multi-pass laser cutting through thick material. 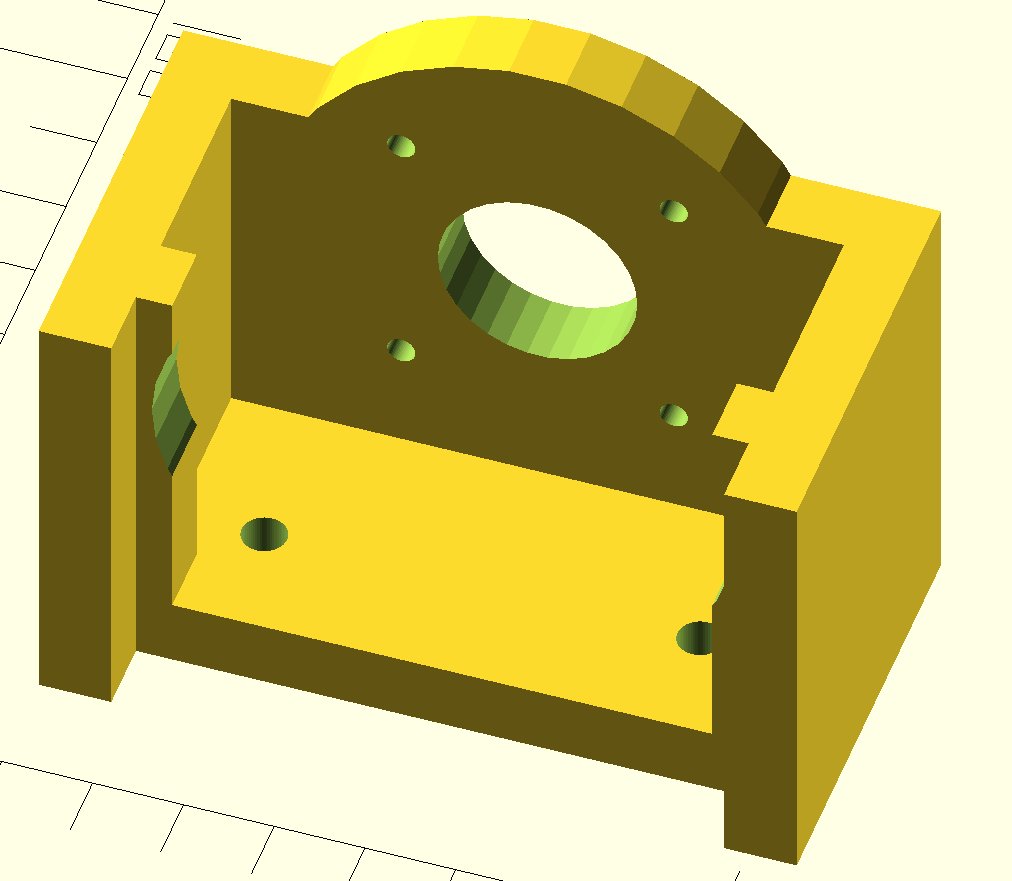 I use 40W (indeed, 15W optical power) LED laser. It is pretty powerful. It cuts very thick paper at 20mm per second. 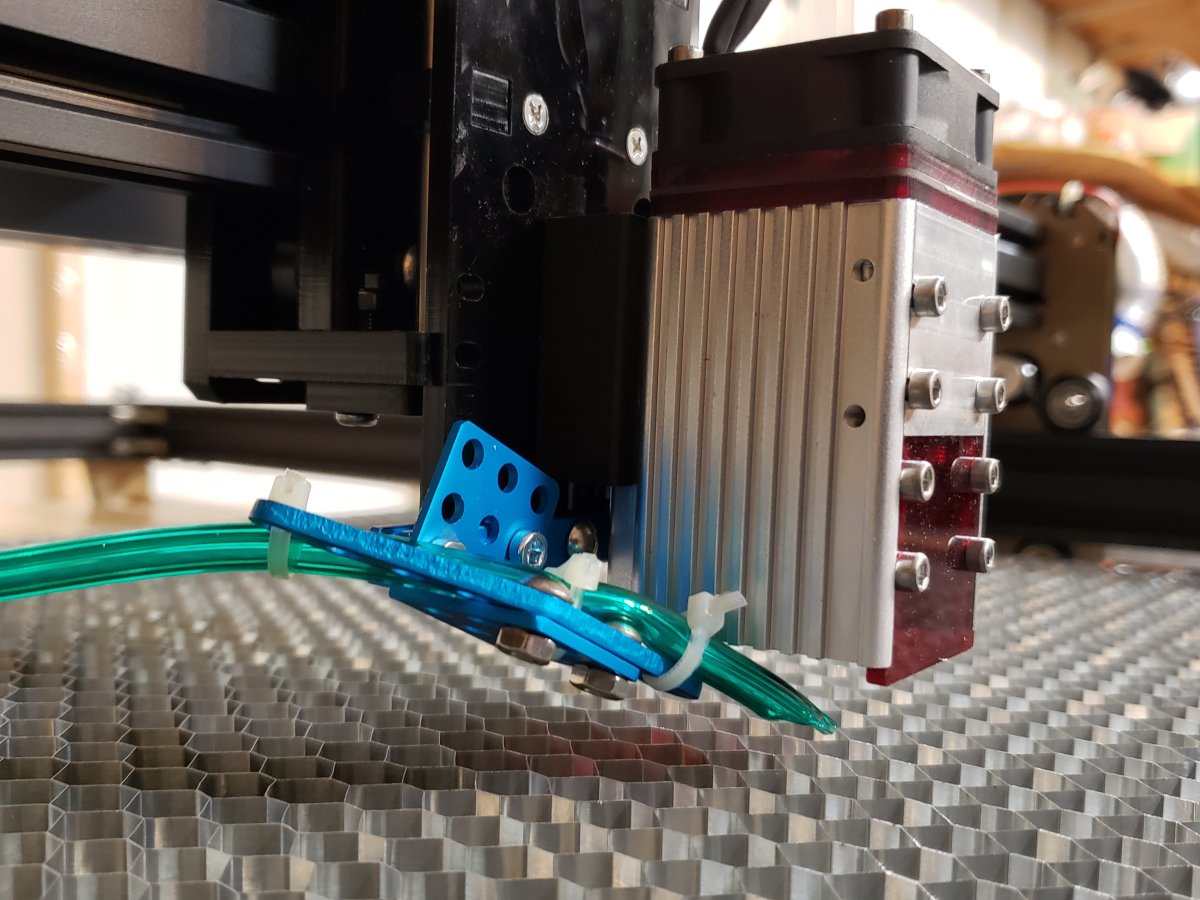 Another upgrade is compressed air. I found this idea on Hackaday. The air comes via that green pipe. I use an old and crappy car tire pump as an air supply:

Blowing air makes huge difference. It blows smoke away so it does not clock the laser beam. Without air I was unable to cut 5mm red oak plywood. With the air I can. Don’t get me wrong, I still have to go slowly and do many passes. But I now can do it if I need to.
I was concerned that pulsing air would be a problem and I will need a tank in-between to damper it. But pulsing air works just fine.

Also, I am using an aluminum honeycomb to protect the base from the laser. It works pretty well.

I use OpenSCad and InkScape for design and FreeCad Path and InkScape (Inkskape2LaserGrbl) to produce G-Code.
The tool is controlled by GRBL board. I use ugsplatform for cutting and LaserGRBL for engraving.
The grbl is awesome but has one weak spot. It uses serial-over-USB with speed limit of 115kbps (why did not they choose 32U4?) That is a problem for fast engraving.
I was getting pretty bad results until I switched the board into “laser” mode and started using M4 instead of M3 to control the laser.

Here is one example of what I can do with it: 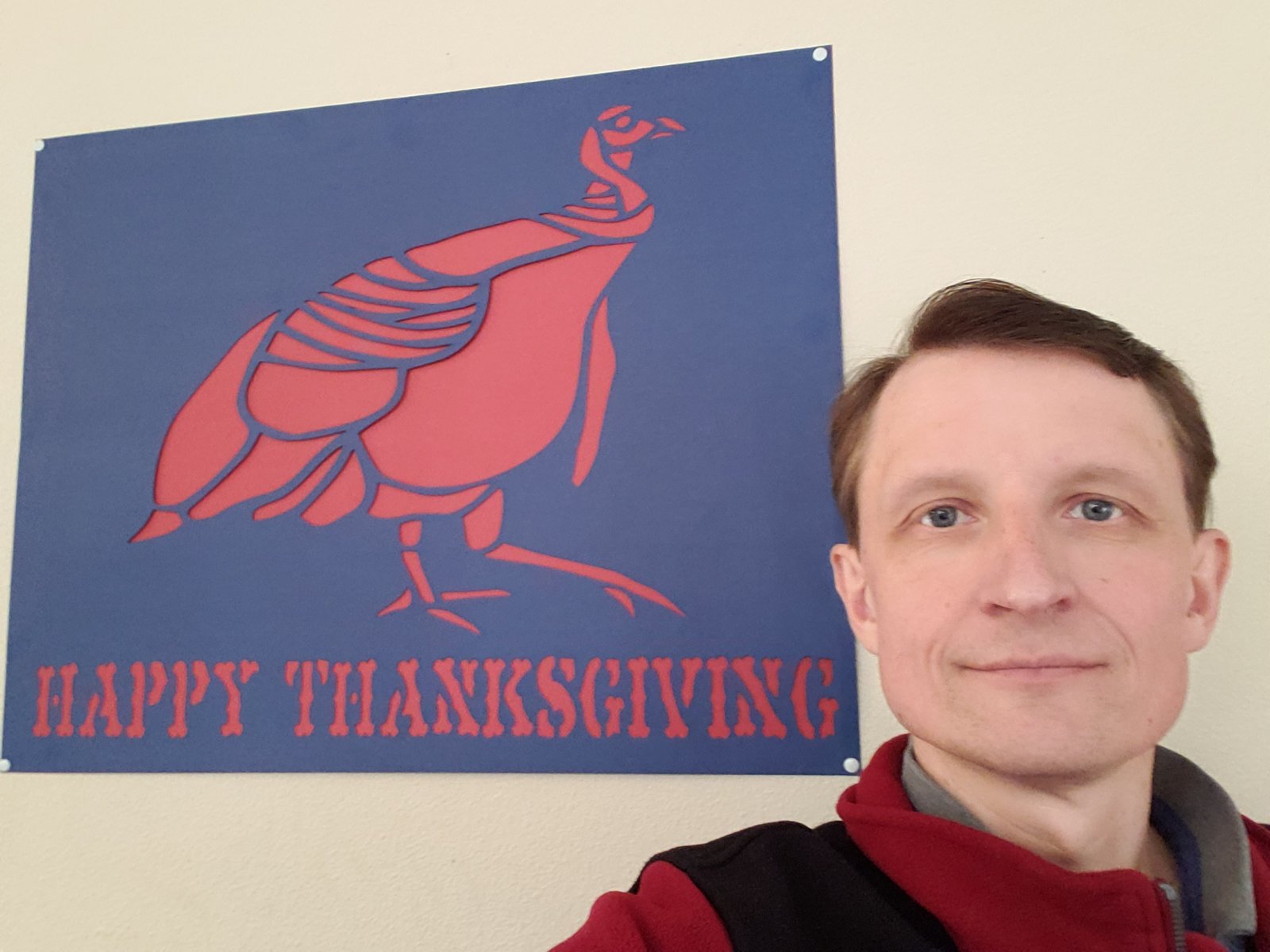