Achievement unlocked: I made my first wearables (two of them!)
I will mostly talk about just one of them here.
I have bought on Aliexpress LED rings and re-wired them like that: 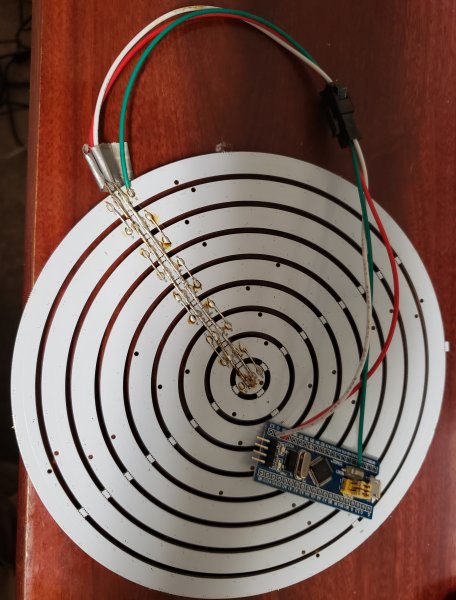 You kind of don’t have to, you can just plug the wires together, but this way it is much sturdier and takes less space.

And I made this: 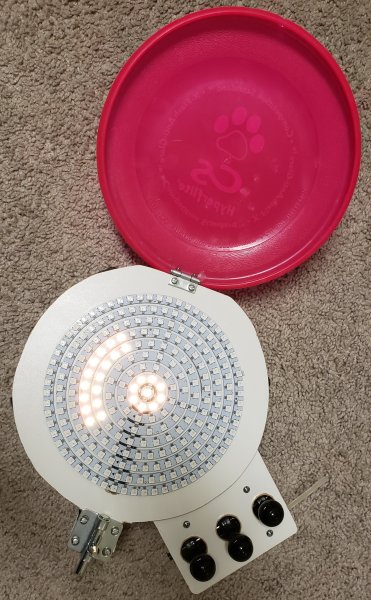 And also, an ancient-looking “blowtorch” with RGB LEDs and a fan.

Well, there is 13 day difference between the Gregorian and Julian calendar. Russia switched later than most of the other countries and still celebrates “Old New Year” on January 13th (they also celebrate Christmas on January 7th).
Russian equivalent of Santa is “Ded Moroz”. So, there was a huge party and there were 2 Ded Moroz on stage – one from the 1970 and one from 2070 (no, this has nothing to do with Russian traditions).
They supposed to light up the Christmas Tree. The Ded Moroz from 1970 used a blowtorch, while Ded Moroz from 2070 used the cool “smartwatch” gadget I am talking about. None of them worked, but the they still managed the lighten up the tree! 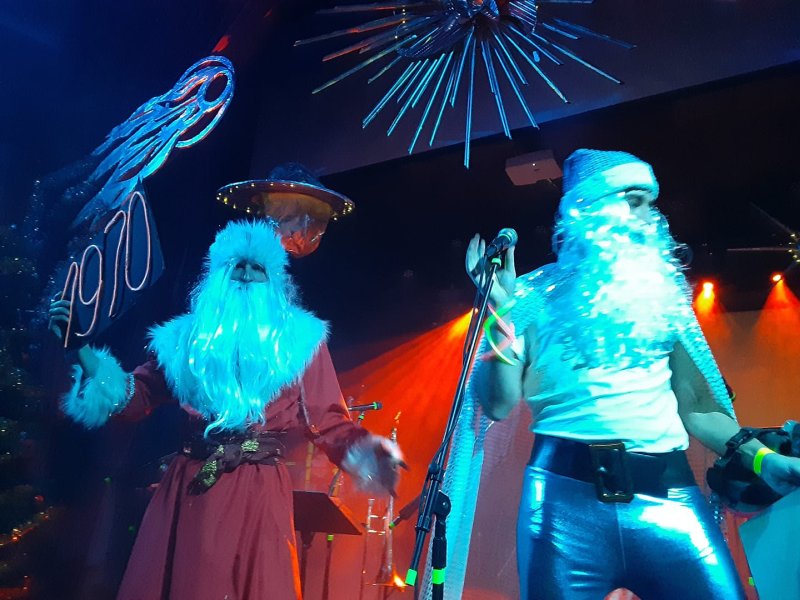 You can see the “garget” on the arm of blue-colored Ded Moroz. I am the red-colored one, BTW. Blow-torching Christmas tree was fun

It was pretty hard to figure out how to program the thing. What helped: writing a piece of code on C# that draws the map with LED address.

The “gadget” was heavy and did not stay on hand. Padding did not help. So I added a zip tie and put it on the thumb of the guy.
What can possibly go wrong?
Well, it worked well until the poor guy started moving around. The zip tie tightened up around his thumb right before the show! It was too late to cut it off. So he had to suffered until he off the stage.
Then he just cut it off (the zip tie, not his thumb).

The blue arrow points to the leftovers of it. 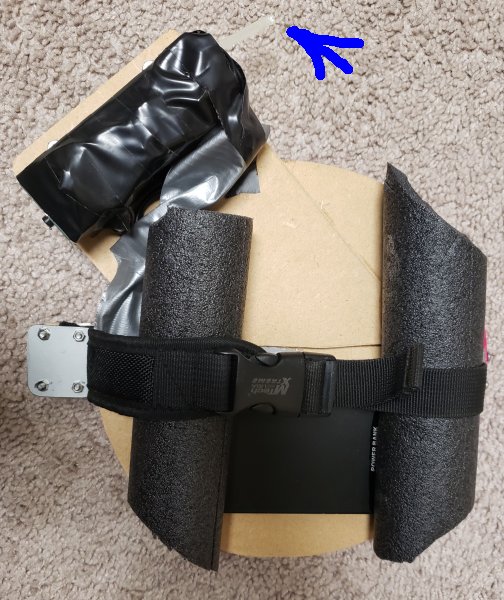 Another problem: Blowtorch: it is really hard to blow enough air to make the fire effect (with some orange paper), even when you have 12V.
Another problem: those power banks are too smart and turn themselves off unless enough current is drawn. It is a problem when props shall be left on a stage and picked up later.
Lesson learned: use vinyl gloves when super-gluing